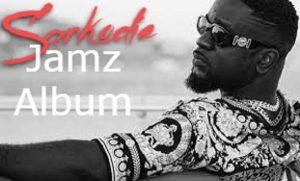 Ghanaian rapper, Sarkodie has finally released the 8th recording studio album of his music career which he titled “Jamz Album”, naming it after how he feels about music jams to thrill fans and music lovers as a follow up of his last released project “No Pressure”.