Fridayy Discusses Recording of God Did by DJ Khaled Featuring Jay-Z, Lil Wayne, and Others “In The Trenches”

Philadelphia’s singer-songwriter-producer, Francis Leblanc known by the stage name, Friday, uploaded a video of himself when he was first working on the track “on a $1000 set up.”

DJ Khaled has proven that he knows how to release a record, and God Did arrived like a hurricane. 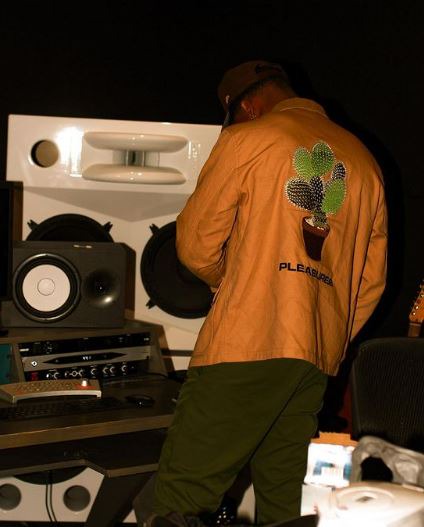 The heavily stacked project was the latest addition to DJ Khaled’s impressive catalogue, and while each track accumulated its own fan base, the title track was arguably the most discussed among fans.

Philadelphia producer Fridayy is a rising star whose talents have already resulted in collaborations with Eric Bellinger and Duckwrth, and he was overjoyed to share his excitement about his life-changing God Did feature on Instagram. The singer-songwriter-producer shared a video of himself working on his part of the record, and his colleagues praised his humble work ethic.

“#PHILLY Where ‘GOD DiD’ Began “In the caption, he wrote “I knew it would be special once I found that first melody after me and @mrruntheplay came up with the idea. I contacted my pal @visions byrizz. THANK YOU for capturing this raw moment of me creating this brodie. I knew it would touch Khaled the way it touched me, but I never imagined it would grow into what it is now. God DID IT!”

He thanked A&R Eddie Fourcell for sending the track to DJ Khaled and thanked the megaproducer for creating the song we hear today.

“This sh*t really crazy cause I made this sh*t in the trenches on a $1000 set up,” Fridayy added. “I Made Everything Here. I prayed here, slept here, cried here, worked my ass off here and I thank God it’s finally paying off fr. GOD REALLY DID GOD DID ft ME, JAY Z, @richforever @liltunechi @johnlegend OUT NOW! #Fridayy #MelodyGod.”

Another “started from the bottom” story that will undoubtedly inspire others. Look it up below.

Thank you for reading this post, don't forget to subscribe! If you have any music, content or products or services you wish to advertise on ZackNation then get in touch with us on this number +233246722883 or +233246187160 or you can use the WhatsApp button below.

NOTE: Please take note that the above numbers are currently our official numbers, so please don't contact any other number other than the numbers above, Thank You.

We are also into social media handling, if you have a social media page that you cannot handle it yourself or you need more followers, likes, views for your handle, page or YouTube Watch Hours, subcribers, or views; If you need someone to do that for you just get in touch.

Toots and the Maytals

ABOUT US
ZackNation (Zacknation.org) is the number one and trusted website for Ghanaian music download and promotion. Get In Touch With Us on call +233246722883 or +23324618722883 NOTE: these are our numbers, don't call any other number.
Contact us: info@zacknation.org
FOLLOW US
Copyright © 2011 - 2022 All rights reserved ZackNation.org, Inc. designed by Wordswar Technology & Investment, Inc. Call +233244047835 for your own powerful website
MORE STORIES

This Year by Zack Gh Produced by Apya – ZackNation Music