Mohammed Ishmail Sharrif, a young music sensation from Konong Zongo in Ghana’s Ashanti Region, has made another success with his song “Second Sermon,” which has currently surpassed one million views. 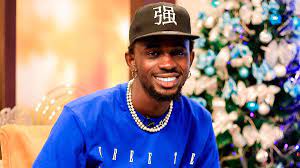 The original version of his song, “Second Sermon” produced and mastered by a sound engineer called, Jeneral Jay which was released 9 Months ago, now has one million views on YouTube, the popular video streaming platform whiles the remix with Burna Boy has over 4 Million views.

Even though the “Second Sermon” tune was not the one that launched him into the spotlight, it was the one that garnered him worldwide recognition, especially when Nigerian music mogul, Burna Boy, came in to remix the song, propelling him to the next level in the international music market.

Meanwhile, the audio slide of Black Sherif’s latest song “Kweku The Traveler” which was released in just a month ago seems to have become even much more successful than the previous songs is currently at 6 Million views on YouTube.

Watch the two videos below: